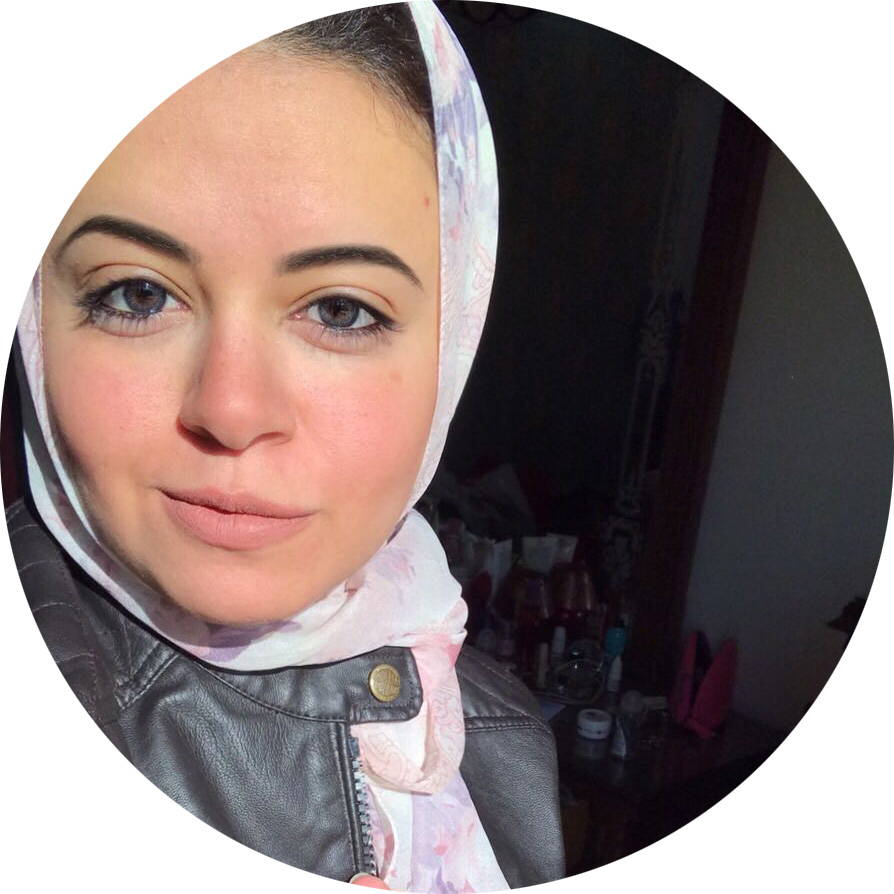 Alya is a freelance copywriter, blogger and dentist! She has a passion for writing and enjoys writing on her personal blog in her free time. She is a travel enthusiast and enjoys visiting places with gothic architecture and exotic scenery.

Independence Brothers is not affiliated with Salvatore Ferragamo and the opinions expressed here are my own.

Leather jackets are a good investment and a precious addition to your wardrobe. Made for every season and every occasion, leather jackets are now an important part of every wardrobe and are sure to keep you elegant, warm an comfy. If you’re a leather enthusiast, then you’re definitely familiar with the name Salvatore Ferragamo. It is one of the most famous luxury brands in the world. This Italian brand is one of the most popular.

Salvatore Ferragamo, known as the shoemaker for the stars, moved from Italy to the US in 1914. He studied the human anatomy which allowed him to make shoes that were very comfortable. He started by entering the shoe industry by opening the Shoe Boot Shop in Hollywood in 1923, working with famous stars such as Gloria Swanson.

Salvatore Ferragamo moved back to Florence in 1927, where he opened a shoe shop. The Ferragamo industry prospered after World War II, expanding and producing over 350 pairs of shoes a day.

Salvatore Ferragamo died in 1960, leaving his widow, Wanda Ferragamo, running and expanding his business. The Ferragamos are the majority owners of the brand.

In 2006, the family announced floating 48% of the company shares in the stock market. Since 2006, Michele Norsa has served as manager and director of the Salvatore Ferragamo company.

The company is known for its innovative approach in both design and materials. They have unique shoe designs such as the shell sole, the invisible sandals, the metal heels, etc. Salvatore Ferragamo S.P.A is also known for the ‘Gancini’ decoration, the ‘Vara’ patent ballet pump, the Salvatore bag and the use of patchwork.

Salvatore Ferragamo has been a popular name in the celebrity world since he started his career. Celebrities such as Audrey Hepburn, Diana, Princess of Wales, and Sophia Loren have all rocked the Ferragamo brand. They were also behind the Margaret Thatcher famous handbags.

As of 2018, Salvatore Ferragamo S.P.A owned 672 sales points both in the US and around the world.

In recent decades, Ferragamo started producing its ready-to-wear line that feature butter soft leather garments made of the best quality leather on the market.

Ferrucio Ferragamo is the current chairman of the company. 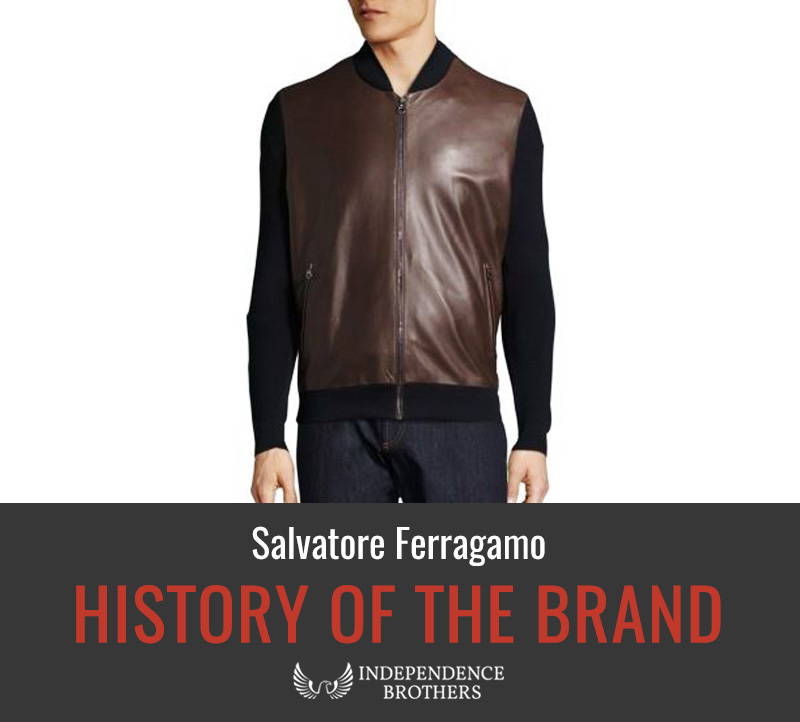 Salvatore Ferragamo S.P.A has leather jackets for both men and women. The women collection is made with very exquisite details and precise techniques. It features beautiful embroidery and metal accessories, and the leather is usually mixed with other luxury fabrics. Both collections are suitable for every occasion and contain new design along with signature classic ones. Every leather jacket made by Ferragamo represents the luxury and sleek design that is associated with the brand name.

While you might think that most leather comes from cowhides, this is far from the truth. Lamb, goat, pig, buffalo and deer skin are also very common sources of leather. Bovine leather is considered rough and is mainly used for protection, such as the leather jackets worn by motorcycle riders. Calfskin, on the other hand, is very soft and fragile, but wears slowly. Goatskin combines both softness and durability and is a great alternative to both bovine and calfskin. Goatskin is also water-repellent to a large extent which is a very unique and valuable characteristic. However, the leather most valued by luxury designers and high-end brands is lambskin leather. It is soft, durable, warm, and very light.

Picking The Right Leather Jacket For You 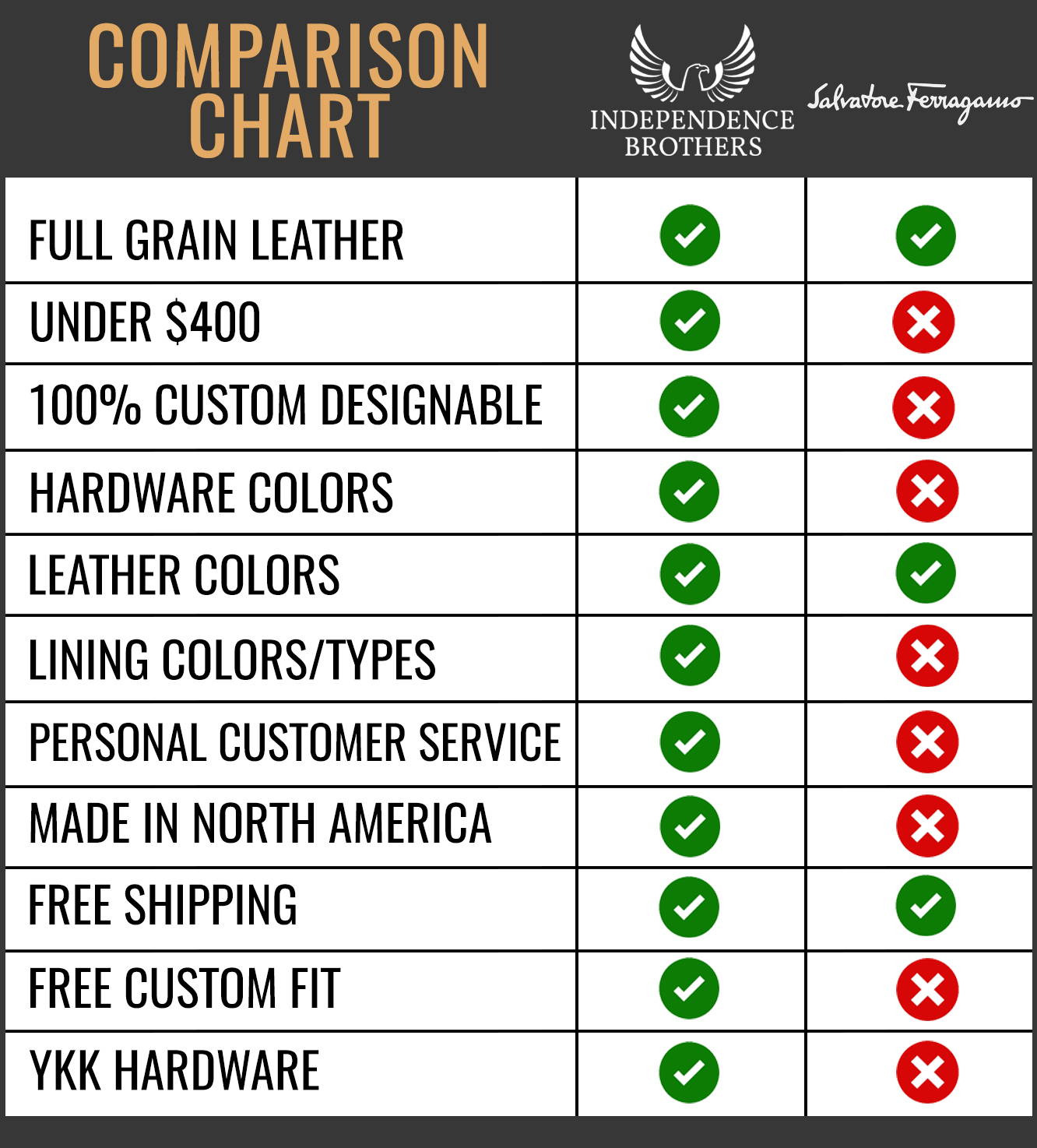 How to shop for leather jackets through the Salvatore Ferragamo website?

The Salvatore Ferragamo website is not one of the friendliest sites out there. However, shopping through it is not as complicated as it may seem at first. From the homepage, choose either “Men” or “Women” and from the submenu, choose “Ready To Wear”. From the submenu in the upper left corner of the “Ready To Wear” landing page, choose “Outerwear” which will take you to the outerwear collection, including the leather jackets.

You do not have to register on their website to be able to order online. You can order without registering and can register at any time. Registering on the Ferragamo website allows you to manage your wishlist, save your purchases for later, save your billing address to make your ordering process easier in the future and sends you notifications about new product releases, discounts and brand news.

There website accepts multiple payment methods such as American Express, Mastercard, Visa, JCB and Diners Club. Your card will be charged only when the order is shipped. You may receive a request, but will only be charged on shipment. This means you can cancel your order before shipping free of charge. You can also send an order as a gift to anyone with a personalized message. The receiver will not receive an invoice.

For orders that are out of stock, you can contact their customer care through their website to inquire when they will be available.

You can track your orders after their shipping through the tracking information sent to your email. What if my jacket is of the wrong size or does not fit well?

With a very unique collection (and super expensive), we tried to review their best sellers for you.

This jacket is one of the most elegant leather jackets in the men’s section. Made from fine lambskin leather, it’s butter soft and very comfortable. It’s a revival of the standard biker leather jacket. Its asymmetrical zip and mandarin collar gives it a modern touch. Coming at waist-length, with the signature Ferragamo padded red interior, this leather jacket is a precious addition to your collection (and a very expensive one).

Blouson In Wool and Leather

An innovative and attractive design by Salvatore Ferragamo, this jacket is very unique. The Maison's artisan skill and savoir faire ensure that this jacket comes with exquisite and precise detail that make it one of a kind. It is made of 100% pure wool with lambskin leather bands, making it an amazing mixture of luxury materials.

This jacket is sophisticated, elegant and sporty. It is the perfect combination between a bomber and a rider jacket. The luxurious softness of nappa leather makes if butter soft and comfortable. The zipper is finished with a Gancini puller and gives the jacket its sleek look. This jacket suits every style and can be worn over jeans and sneakers or trousers and loafers. The knitted mandarin collars and cuffs make it suitable for both formal and casual occasions.

This leather coat is very unique. Made from deer skin leather, this coat is understandably expensive.It is coated with corduroy on the collars and lapels. It comes with a leather belt and lined interior which makes it soft, warm and elegant.

A reversible blouson with a leather side and a nylon side, this is like buying 2 different jackets. It is sleek, elegant and very practical. 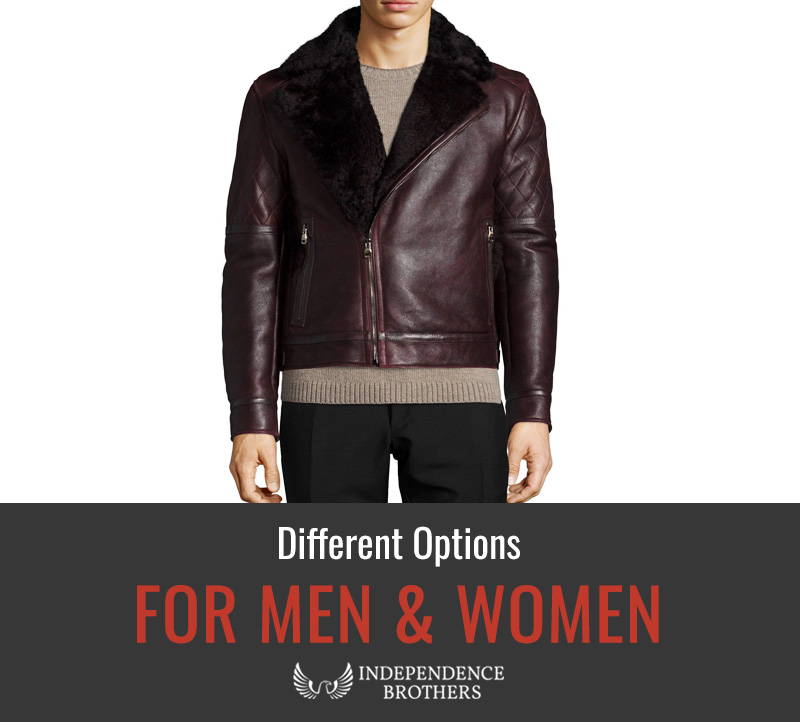 The women’s collection features some of the most untraditional and outstanding leather jackets designs on the market.

This jacket is an extra puffy leather bomber jacket, rocking a contemporary design. Made from lamb nappa, it is soft, buttery and extra warm. It is where glamorous meets chic and definitely looks as luxurious as it costs. It comes with a high padded collar and a pocket on one side making it very unique. It comes with buttons instead of a zipper. It is silk-lined and very warm. It is bright red in color and is definitely an addition to your winter wardrobe.

How to take care of my new leather jacket?

Leather is a natural material which requires special care. No matter how luxurious your jacket is, it still requires care to live with you forever.

Leather is not friends with water. You should keep your leather jacket dry at all times. In case it suddenly rains or you accidentally spill your drink over it, take it off and let it hang in a well-ventilated place until completely dried.

Cleaning leather can be a complex and risky process. It is recommended not to try cleaning it by yourself unless you have enough knowledge and materials to do so. It is best if you send your leather jacket for professional cleaning.

Do not store your leather jacket folded. Folding it can create creases and cracks that may not be reversible.

Keep your leather jacket stored away from the sun and any other source of heat. Heat can have drastic effects on leathers and may wash away its color. 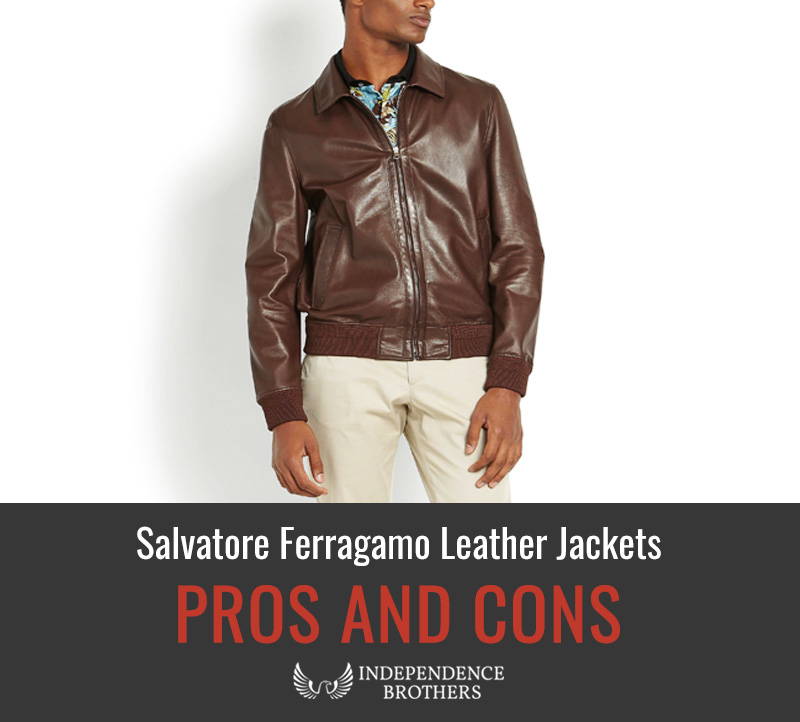 To Sum This Article Up

Leather jackets have been in trend for so many years. They’re a valuable addition to your winter collection and can keep you warm and elegant at the same time. Choosing the best leather jacket for you could be a long process and depends on so many factors. However, you will always be thankful for taking enough time to pick the best one for you since most leather jackets are pricey. Ordering leather jackets online can be a fun process, as long as you’re certain you’ve got the right size and have checked the size charts for the brand you select. 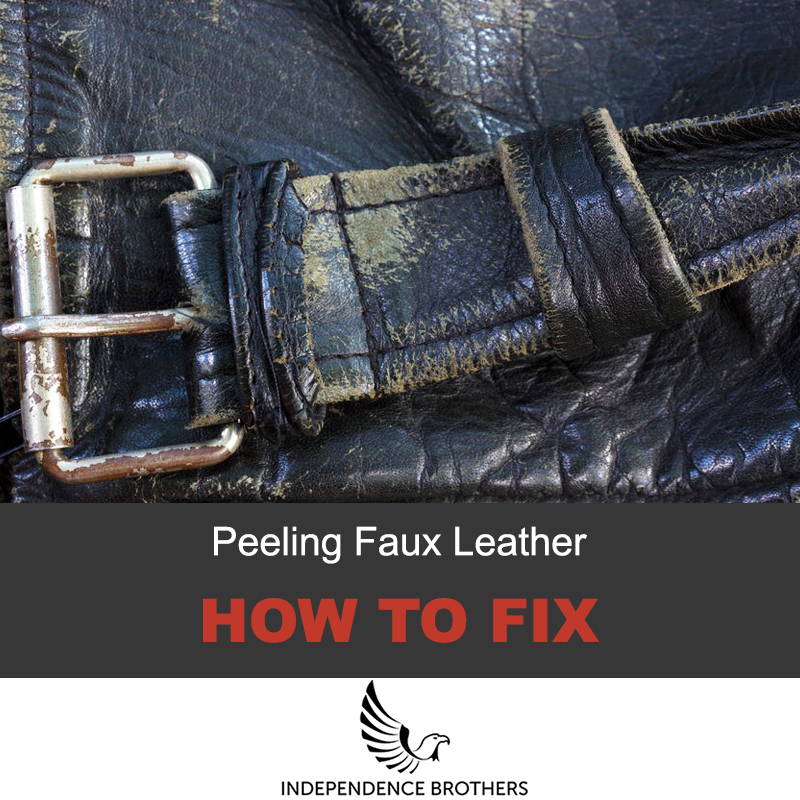 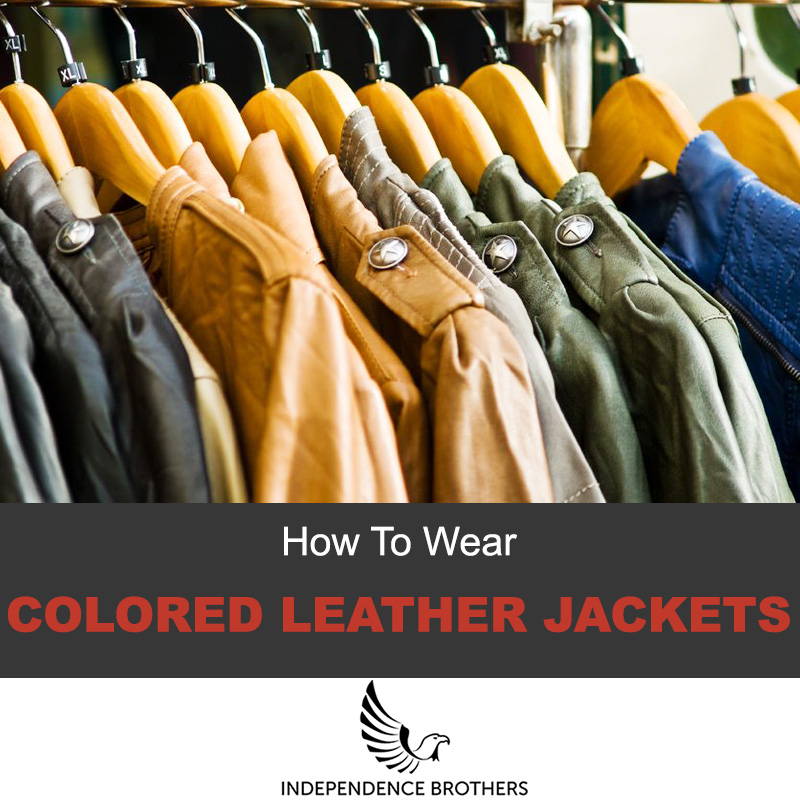 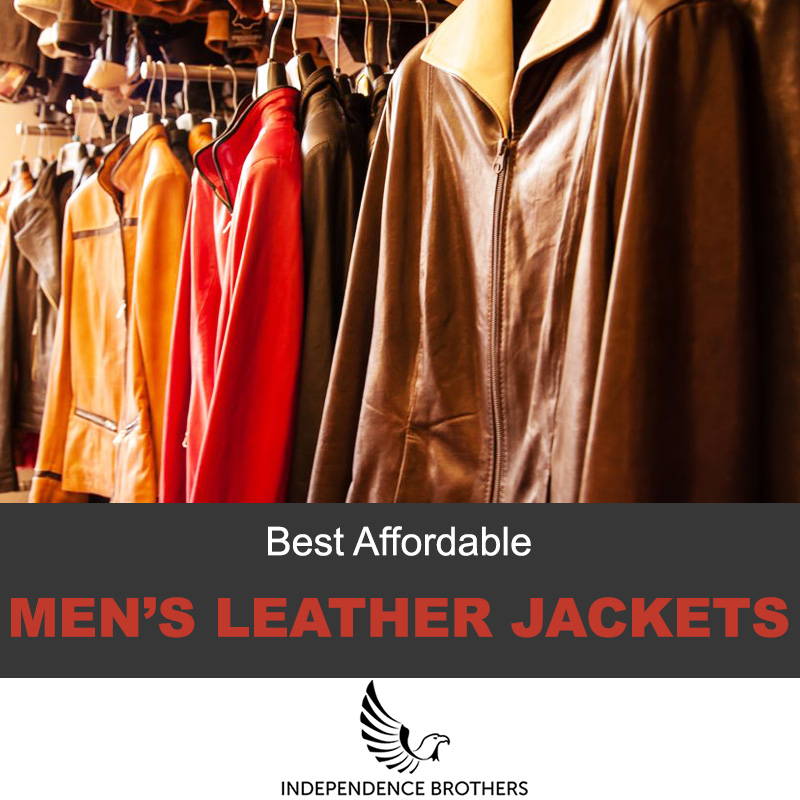